Government can do better on gold buying initiative 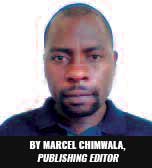 It is sad that despite that the Reserve Bank of Malawi (RBM) is buying gold from Artisanal and Small-scale Miners (ASMs) in the country through its subsidiary Export Development Fund (EDF), foreign buyers are still dominating the market.
As reported in our article on Page 12, foreign buyers are still on the ground in gold mining hotspots such as Matapila in Lilongwe.
In the case of Matapila, the miners are saying EDF officials are not vivid in the earlier but some Malawians buy the gold grains at MK40, 000 per gram while the foreigners are buying at MK46,000 per gram hence many ASMs prefer selling to the foreigners due to the price factor.
This is contrary to what spokesperson for RBM Ralph Tseka is quoted as saying that Matapila is one of the major sources of gold that RBM is stocking.
Such contradicting remarks raise doubts; thus is EDF really buying the gold from actual ASMs or middlemen who are still duping the miners by offering low prices?
We, therefore, join civil society organisations (CSOs) in appealing to RBM to ensure transparency and accountability in implementing this gold buying initiative.
In this case, EDF officials have to reach out to the poor ASMs across the country with awareness programmes on the project.
As National Coordinator for Natural Resources Justice Network (NRJN) Kennedy Rashid is quoted in the article, EDF should also consider establishing a formal market in such hotspot areas where people can be going to sell gold.
EDF should also be open to the miners on the prices that it is offering for gold grains and regularly do a market analysis to determine what the appropriate price is so that it should not be outsmarted by the illegal buyers.
As Rashid says, proper coordination is also required between government agencies and departments if this gold buying initiative is to be successful and beneficial to the local ASMs and the country at large.
Since EDF is tasked to buy gold from licensed miners and cooperatives, it is important that information on gold mining licenses is accessed by EDF in time.
There is also a need for information on foreign buyers who smuggle this precious mineral to be made available to Immigration Department to act in time.
For how long should the nation be losing gold to smugglers? Surely, government using this gold buying initiative can do better to curb this smuggling of gold.

Food security is important for any country as hunger and malnutrition are enemies of development of any nation. It is for this reason that the Malawi Government has all along been investing in agricultural subsidies to enable smallholder farmers produce adequate food crops especially maize which is the country’s major staple crop.

But as reported in our lead article, the huge budget for maize subsidies is weighing heavily on allocations to development of potential agricultural commercialization and diversification areas such as production of legumes for export.

In the Country Private Sector Diagnostic Report dubbed Creating Markets in Malawi, the World Bank urges Government to increase resource allocation for productive investments in the agricultural sector, including by reviewing and adjusting the AIP to improve efficiency in terms of distribution, targeted farmers most likely to benefit from the subsidy, and fiscal sustainability.
It says though the roll out of AIP and beneficial weather conditions have resulted in bumper harvest, the longer term effects and implications of the AIP need to be closely monitored.

The Bretton Wood institution laments that the budget allocation for the AIP absorbs nearly half of the overall agricultural budget crowding out productive investments in the sector that could promote commercialization and more sustainable farming practices.

It says Malawi already suffers from an overdependence on maize, which drives soil degradation and increases vulnerability to climate shocks and pests, like the fall army worm.

The Bank also points out that continued focus on maize input subsidies reduces fiscal space to invest in other important sector priorities, such as irrigation and extension services.

We agree with the World Bank in urging the government to work on finding an exit strategy for the AIP as it moves to commercialise and mechanise the agricultural sector to support industrialisation as reflected in Malawi 2063.

We feel it is high time government concentrated on assisting farmers to form cooperatives and acquire loans to procure improved seeds, fertiliser and machinery for their agricultural activities.

As stated in the World Bank report, years of subsidizing peasant farmers have not benefited the country as yields have largely stagnated over the last decade despite the subsidy programme.
Just as the report says, it is also imperative for the Malawi Government to channel a percentage of the funds going to maize subsidies to irrigation infrastructure and extension services to improve climate-smart agricultural practices which would help to boost resilience to shocks.

It is high time government assisted more subsistence farmers to graduate into commercial agriculture other than continuing to subsidise their production at peasant level.